The Augustinian community at the convento is an international community which is directly under the Prior General of the Order. There are four friars from different continents who live in “one heart and one mind” according the the spirit and Rule of St. Augustine. 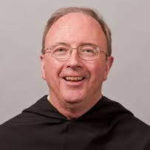 Brian Lowery O.S.A. (prior)
Is a friar from the Province of St. Thomas of Villanova in the United States.  Fr. Brian was assigned to the convento by the Prior General of the Order in 1995. Sadly, Father Brian passed away on February 23, 2019. 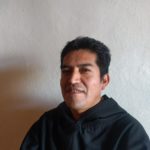 Delfio Lopez Cordova O.S.A.
Is a friar from Peru. He has been a member of the community since 2009. 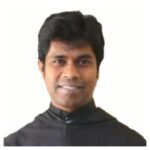 Vans John O.S.A.
Is a friar from the Vicariate of Our Lady of Grace from Kerala, India.  He completed his Philosophy studies at Sacred Heart Philosophical College, Aluva, India.  He studied Theology at Jyotir Bhavan, Institute of Theology and Spirituality which is also in Aluva.  Vans holds a Masters Degree in Liturgy which he received from Kristo Jyoti College, Bangalore, India.  He was ordained to the priesthood in 2006 and he has been a member of the community since 2015. 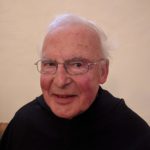 Dolf van der Linden O.S.A.
Dolf is a friar from the Dutch province. Since 2005 he has been coming here for several weeks at a time to be an active member of the community and to provide sacramental support. His official home is Eindhoven, The Netherlands, but very often you will find him in the sacristy of our church.